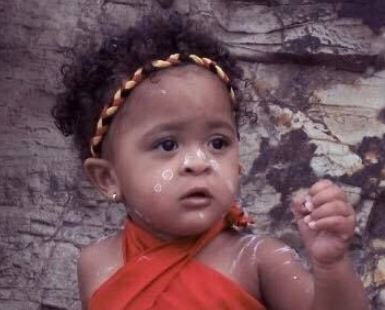 In 2003, I gave birth via emergency C-section at 34 weeks gestation. My daughter needed resuscitation immediately. She had doctors confused as to what may be happening to her and why it was so difficult to stabilise her. At three days old, she was flown from special care to intensive care. Once again, doctors couldn’t explain the high blood pressure and organ failure and they tried brainstorming with other doctors from around the world.

I tried to find out as much as I could about the condition, however, all of my reading led me to the knowledge that this is a terminal condition with a life expectancy of approximately six months if the child was lucky to survive their first few weeks of life.

I fell pregnant in 2005 and was involved in a medical study at the hospital where I was receiving treatment. I had many arguments with doctors in regards to treating my child with medication at birth. Doctors were not so keen because there was not enough research to support success in drug therapy treatment, however, I managed to convince them to try. It was a hard fight while trying to remain positive. In 2005, I gave birth to my second daughter at 37 weeks gestation via elective C-section and my daughter’s fight to survive began. Within the first hour, she suffered respiratory disease and required oxygen. Her blood pressure was normal at 66/24 mmHg (arterial blood pressure 25 mmHg).  No other abnormalities were detected on clinical examination.  She underwent abdomen and chest radiography because of the history of Generalised Arterial Calcification of Infancy (GACI) and neonatal death in the family; this investigation did not reveal vascular calcification. A subsequent ultrasonographic evaluation on day two showed diffuse arterial calcification that involved the aorta and the carotid, renal, mesenteric, cardiac and cerebral vasculature. Echogenicity of the renal cortex was increased, which suggested calcification. Echocardiography showed echogenic coronary arteries and a regional reduction in ventricular function that was consistent with infarction, meaning she suffered a heart attack.

On further examination, she had no pulses due to the calcification in her arteries. She was flown to intensive care where we were given the talk about doctors believing our daughter had IIAC. They didn’t think she was going to make it. On day four, she was officially diagnosed with the exact gene mutation as her sister and given the same prognosis. However, she would prove doctors wrong.

At seven days old, she started on a low dose of disodium pamidronate (0.1 mg/kg per week for four weeks). She tolerated the medication and it did not cause any acute flu-like symptoms or hypocalcemia. This treatment was changed to oral risedronate sodium at a dose of 1 mg/kg (5.0 mg) weekly at four weeks of age because venous access was becoming increasingly traumatic. The right femoral pulse became palpable at two months – this was the first palpable pulse since she was born. Complete resolution of arterial calcification was seen by three months of age. Ergocalciferol was added at a dose of 5,000 U daily for six weeks, followed by 200 U daily because of Vitamin D Fast-forward to 2019 and she is now 13 years old and is doing exceptionally well considering her numerous health concerns. That said, she does live a relatively normal and full life. She plays sport, is very academic and is loved by her peers. At times, the hardest thing for people to accept is all of her health conditions because physically, she looks completely normal. That said, her health complications do restrict her at times.

Thankfully, we do have a support network where numerous parents from around the world talk and share updated research regularly.  This support group consists of families who have not only lost a baby to IIAC/GACI, but families who also have children living with the condition. Due to this condition being so rare, I’m more than happy to communicate with families dealing with a new diagnosis and encourage people to reach out for more information about this condition as time is crucial with this rare disease.