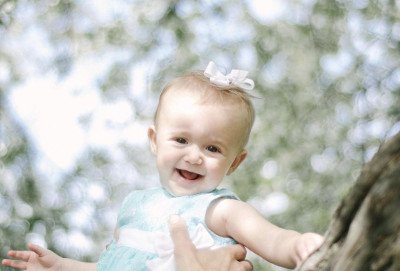 Two weeks before Christmas 2012 it was time to begin the “to do” list for the busy holiday season. As I scooted up to our kitchen table with my growing pregnant tummy, I stopped a moment to answer the phone. Our obstetrician was calling to share the results of the amniocentesis. She cautiously said, “Your baby is affected with GACI.”

We wondered if our nightmare was beginning…again.

My husband Jerry and I had two baby boys born 10 years apart with Generalized Arterial Calcification of Infancy (GACI) and sadly they died within weeks of their birth. Reid Christopher was born in 2001 and Ian James in 2011. GACI is a rare genetic disorder affecting the vascular system causing calcifications to form within artery walls. It mainly involves the coronary arteries surrounding the heart, the aorta and the kidney vessels. At that time we were told by our physicians that babies affected by GACI often do not survive beyond 6 months of age.

In 2004 we were contacted by researchers as they identified the ENPP1 gene mutation causing GACI. My husband and I were genetically tested and discovered we carried the auto recessive gene mutation. With each pregnancy there would be a 25% possibility that our baby would be affected with GACI. It was devastating news as we both enjoy children and looked forward to having a family.

During the ten years between Reid and Ian we were blessed with three children not affected by GACI, a son Drew and twins Julia and Graham. Our home was filled with these precious children and yet we had many heartfelt discussions about the possibility of having another baby. In spite of our significant losses, we felt strongly our family was not complete. As with each potential pregnancy, GACI stood as a giant before us. We again considered adoption, but through prayer and counsel decided we would add to our family.

In January 2013 we slowly emerged from the sadness and grief of receiving the amniocentesis diagnosis. Another ultrasound indicated calcifications progressing in arteries around the heart and kidneys. In utero the calcifications represented a severe form of GACI. We were happy to know the baby was a girl and seemingly otherwise healthy. However, there was concern she may not survive the pregnancy. We were compelled to fight…for her life.

Twenty-eight weeks into the pregnancy, Jerry’s research led us to the Center for Fetal Diagnosis and Treatment at the Children’s Hospital of Philadelphia (CHOP). We flew to Philadelphia and met with Dr. Michael Levine the Chief of the Division of Endocrinology and Director of the Center for Bone and Health. We were amazed to discover he had seen other patients with GACI. In fact, Dr. Levine was familiar with the course of the disorder and, along with other researchers, had written medical articles about GACI. He was also part of the team identifying the actual mutating gene causing GACI. This was all very reassuring.

With our medical history of losing two babies to GACI we were compelled to be proactive. We expressed these heartfelt concerns to Dr. Levine hoping something could be done during the pregnancy. He heard us and took our concerns to heart. He soon met with a medical team considering possibilities of treatment. Within one week he contacted us with a plan.

The medical team agreed to immediately start treating the baby in utero. I began to take an oral medication called Etidronate hoping it would stop the progression of the calcifications. There were no guarantees the oral medication would work however, we were grateful the doctors were willing to try. They were comfortable prescribing Etidronate due to a medical study of fifty pregnant women resulting in no harmful side effect either to the mother or baby. Etidronate had not been used prenatally for GACI but historically was given to women with osteoporosis.

On February 6, 2013 I moved 1350 miles from my family in Minnesota to Philadelphia.  At 30 weeks pregnant, I started taking 2 tablets of Etidronate twice a day. Weekly at CHOP I met with a Maternal-Fetal medicine physician, a Pediatric Cardiologist, and Dr. Michael Levine, Chief of Endocrinology. The testing involved lab work and an ultrasound monitoring the calcifications in the baby. Something miraculous began to happen as each week the ultrasound results showed the calcifications were not advancing.

Two months later on April 8th 2013, the miracle continued when Natalie Grace Van Wyk was born. She was beautiful. Natalie was immediately transferred to the NICU, and two days later began receiving Sodium Thiosulfate (STS) given by infusion through a central line in her chest. STS is primarily given to help the arteries of patients with kidney conditions. From what we understood, this was the first time STS had been given to treat a patient with GACI. Measurement by CT scan revealed some daunting news, calcifications were present in Natalie’s coronary arteries. This was particularly devastating because both Reid and Ian died from similar blockage within the wall of their coronary arteries.

At CHOP Natalie thrived in the NICU and 2 weeks later transferred to the Endocrine floor. Natalie was a fighter. At 5 weeks of age we all flew back home to Minnesota. I had been gone 103 days. CT scans indicated the calcifications in Natalie’s arteries were beginning to regress. This was fantastic news. However, we knew the next few weeks and months would be critical for her survival.

Once home, our baby girl continued to receive the infusions of STS five times/week. The infusions usually took an hour, with a minor side effect of her spitting up. Natalie was monitored closely with frequent lab work, appointments with a local pediatrician as well as echocardiograms and EKG’s. Follow-up appointments at CHOP continued every 3-4 months until December 2014.

When Natalie was 3 months old there was another encouraging twist in her story. We received a call from Dr. William Gahl from the National Institute of Health in Bethesda, Maryland. Dr. Gahl along with Dr. Carlos Ferreira were beginning GACI research and invited us to participate. Since 2013 the NIH genetic team has met with many children from around the world affected with GACI. Natalie has been able to continue her follow up appointments at CHOP with subsequent visits to the NIH. We are convinced that because GACI is such a rare genetic condition, participating in on-going research is critical.

Natalie celebrated her first birthday on April 8, 2014…it was a very HAPPY day for us. We were joined by over 100 friends and family as we celebrated Natalie’s miracle. As a 1 year old she was sociable, spunky, spirited and thoroughly enjoyed being around people while bringing much joy to our family. We nicknamed her “Lovey” because she is so loving. The infusions of STS were slowly reduced as calcifications continue to disappear. On May 18th, 2014 Natalie had her final STS infusion and her central line removed. She remained on an oral Vitamin D and ½ tablet of baby aspirin 3x’s a week.

Natalie developed normally and began walking at 13 months of age. Her teeth were delayed until 17 months of age which is possibly related to GACI. As a toddler her weight, height, and verbalization were on target.

Some patients with the ENPP1 deficiency develop autosomal recessive hypophosphatemic rickets (ARHR2). If left untreated it can cause distortion of the bones typically resulting in bowed legs. When Natalie was 2 ½ years old she was started on Phosphorous (4 times/day) and Calcitriol (2 times/day) to prevent rickets.

When Natalie was 3 ½ years old we noticed some difficulty with her hearing. She was closely monitored and tested by an audiologist. When she was 4 years old she began to wear hearing aids in both ears. She has done great with the hearing aids. The doctors feel the hearing loss is due to GACI.

Since Natalie’s birth we are aware of five babies diagnosed with GACI who were treated prenatally with Etidronate. One baby unfortunately passed away but the four other babies survived GACI.

We share Natalie’s story to encourage and strengthen families. We know firsthand, with the death of Reid and Ian, each GACI story may not end well. Our hearts go out to any family whose child may not have survived GACI. It can be unspeakably heartbreaking. We want you to know you are not alone.

We are hopeful further research and learning from children affected by GACI may provide answers and future treatments.

We are excited and grateful for the development of GACI Global. Through this nonprofit organization we will be able to connect more families affected by GACI together and provide helpful and updated GACI information.